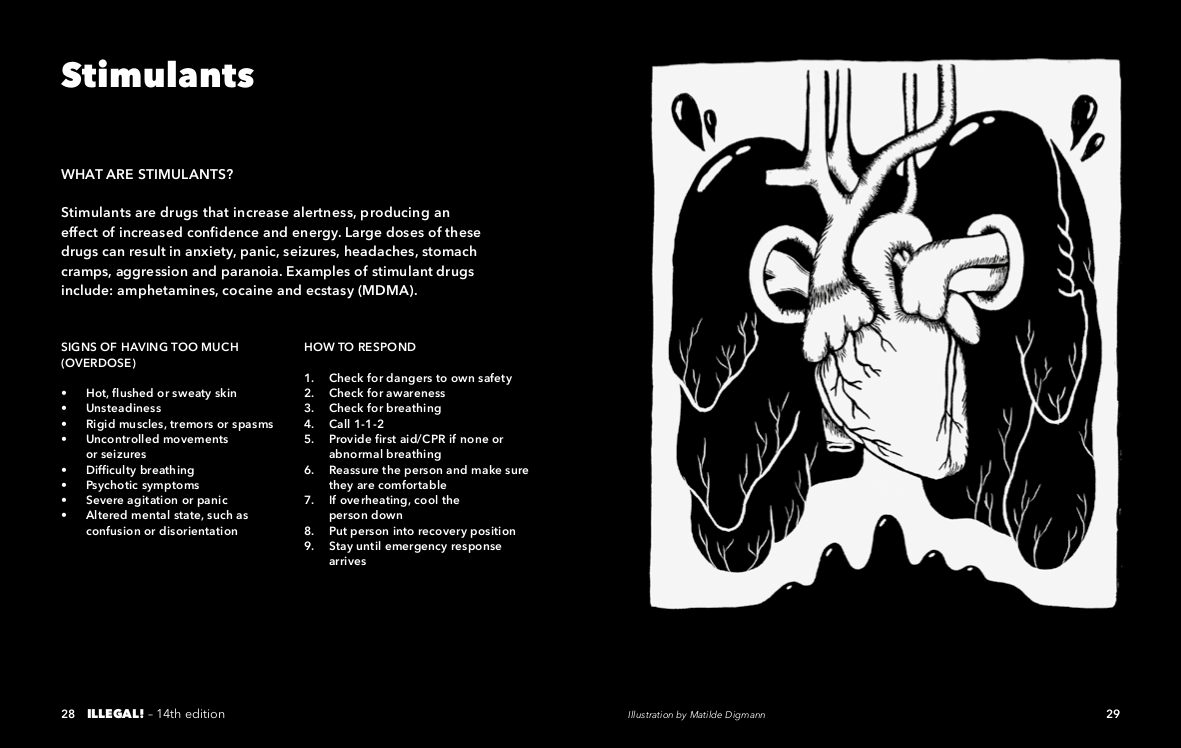 A night out with friends can sometimes result in taking too much. Maybe you’ve had too much of your preferred intoxicant, or maybe you’ve ended up mixing several to negative or even dangerous results. This is a guide that’ll help you figure out what to do if you, a friend or a stranger you come across seems to have taken too much of an intoxicant. No matter what kind of drug or drugs you take, it’s important be mindful of your intake and take care of each other — especially if you overdo it a little. Taking a little too much doesn’t necessarily mean that the night has to end, but you’ll be a whole lot safer as long as you take care of each other and follow some advice on how to handle the situation. Usually, having too much of an intoxicant results in a headache, a feeling of emptiness, a hangover or a bad day. But sometimes, having too much — overdosing— can be fatal. In that situation, especially opiates (heroin, fentanyl, methadone and morphine) can be deadly. According to The European Monitoring Centre for Drugs and Drug Addiction (EMCDDA), there were 9138 reported deaths from overdoses in Europe in 2017 (this figure includes Norway and Turkey), 78 percent of which were caused by opiates. The numbers are uncertain due to underreporting on the issue in many countries. In the United States the statistics are a lot more grim: more than 63.000 Americans died from an overdose in 2016, according to the Center for Disease Control and Prevention (CDC). 66 percent of those deaths involved some kind of opioid. This guide is a collaboration between Overdose Awareness Day, Antidote Denmark & ILLEGAL! Magazine.