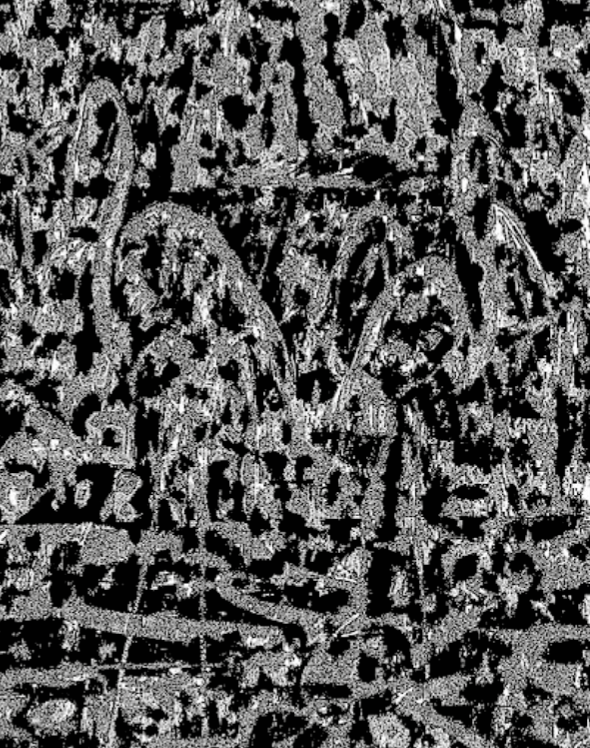 Can MDMA cure your traumas?

MDMA — or, ecstasy in its pure form — has long been among the most popular drugs available on the street. To many casual users of MDMA, the drug’s therapeutic effects will come as no surprise — whether they’ve danced out traumas on the techno dance floor, or talked out suppressed emotions with loved ones late into the night. But not many people know that the drug first found its use in the 1970s as a mean to help treat people with psychiatric illnesses. The results were extremely promising until Reagan’s war on drugs all but stopped research into the use of drugs in therapy. It became near impossible to get research permits, funding was sparse and in 1985, MDMA was finally illegalised. Since then, research in the field has been sparse.

But perhaps that’s about to change. A new study published in May in the respected British medical journal The Lancet demonstrates that 3,4-methylenedioxymethamphetamine (the clinical name for MDMA) assisted psychotherapy can be an effective treatment for post-traumatic stress disorder for military veterans, firefighters, and police officers. These medical trials can be seen as one step in the right direction, taken by a scientific and medical world which is slowly but steadily opening up to the idea of psychedelics as a viable part of treating psychological ills. One of the frontrunners in this movement is Brad Burge, Director of Communication and Marketing at MAPS, the Multidisciplinary Association for Psychedelic Studies. We called him up for a chat about the progress in the scientific community, psychedelics’ potential within treatment for mental illness and the stigma that’s still associated with this field of research.

These medical trials can be seen as one step in the right direction, taken by a scientific and medical world which is slowly but steadily opening up to the idea of psychedelics as a viable part of treating psychological ills. One of the frontrunners in this movement is Brad Burge, Director of Communication and Marketing at MAPS, the Multidisciplinary Association for Psychedelic Studies. We called him up for a chat about the progress in the scientific community, psychedelics’ potential within treatment for mental illness and the stigma that’s still associated with this field of research.

Hi, Brad. How and why was MAPS founded?
MAPS, or the Multidisciplinary Association for Psychedelic Studies, was founded in 1986 as a direct response to the criminalisation of MDMA. MDMA and a lot of other psychedelic compounds were legal for use in therapy and were a popular and really promising area of therapeutic treatment before they were criminalised. To enhance therapy, psychotherapy and marriage counseling, stuff like that. In 1985, the Drug Enforcement Administration (DEA) moved to schedule MDMA to make it illegal; that was a response to the widespread use of MDMA, also known as ecstasy, in clubs and concerts and festivals and so on. Nowadays, that’s what most people think of when they think of ecstasy or molly: recreational use for partying or going out, staying out late. But in fact, MDMA had its origins in psychotherapeutic practice. The same goes for LSD, which was widely used in psychiatry, and psilocybin mushrooms, another similar compound that was also very popular.

What do you do in MAPS?
MAPS does research and public education to promote the beneficial and safe use of psychedelics and marijuana. Our main focus now is doing clinical research, so working with the Food and Drug Administration (FDA), the DEA, and other government agencies, to conduct legal research into the possible uses of psychedelics to treat various mental illnesses. In addition to that critical research, we also make a lot of effort educating the public. Our goal is to reduce the stigma that’s associated with the use of psychedelics and the stigma against people who use psychedelics for creative, spiritual, therapeutic or healing purposes, or even just for fun. So ultimately we aim to make it legal and safe for people to use psychedelics for beneficial purposes, primarily focused on the medical research aspect.

How did you personally get involved with MAPS?
I first got involved with MAPS when I was in graduate school. I was always interested in drug policy and how we can change our approaches to drugs (which aren’t working and haven’t worked for many decades.) So, I became an intern and started working on different projects and I’ve been working with them on staff since 2011.

My own personal interest in psychedelics and in MAPS is more of a psychiatry orientation. I think some people — or a lot of people — first find psychedelics on their own. At parties, raves, concerts, that kind of thing. For myself, I’d been using prescription pharmaceuticals ever since I was a kid. I was put on various antidepressants and mood stabilisers, and I found that an early LSD experience that I had in college when I was a student at Stanford University helped me get off of those prescription pharmaceuticals. I stopped seeing a psychiatrist and started seeing myself as somebody who could, you know, manage my own emotions and explore my own consciousness without using prescription pharmaceuticals that were muting or dulling my experience. So I have a personal as well as intellectual interest in what MAPS is doing.

Do you see overmedication as a problem in modern society?
We as a society, certainly in the U.S. but also around the world, are overmedicated. The majority of people in the U.S. will at some point take prescription pharmaceuticals: antidepressants, mood stabilisers and so on. Post-Traumatic Stress Disorder (PTSD) is a major one. A lot of homeless people are veterans suffering from mental illness as a result of participating in combat. And a lot of those people are on pharmaceuticals. They’re either on antipsychotic medication or they’re on antidepressant or anxiety medication. So, people are really overmedicated, and for a lot of people — especially those with PTSD — those currently approved drugs don’t work for them. And often with these current drugs that are approved, people have to take them every day, often for the rest of their lives, and even then, they still don’t get better. They still don’t experience significant improvements in their symptoms.

What are the benefits of using psychedelics in therapy?
With psychedelic therapy — using MDMA combined with psychotherapy in particular — we’re finding that subjects in our trials are able to get off all of those medications and no longer have to take drugs for the rest of their lives. So instead of treating the symptoms, helping people sleep better or helping people forget about their traumatic memories, what psychedelic therapy does is it helps people start a different relationship with their difficult memories. And so, what we’re seeing is that after just two or three sessions, people can have lasting reduction in their PTSD symptoms or stop suffering from PTSD entirely without the use of continuing medication.

Do we know why MDMA is beneficial in therapy?
We know a couple of things about the pharmacology of MDMA and how it works in the brain. One of those ways is by in- creasing activity in the frontal cortex and activity on serotonin, which is often a target of antidepressant medication. MDMA does that in a different way. MDMA triggers the release of serotonin in the brain, which helps people think more clearly about their memories. It helps with memory recall, and so in the context of therapy, it makes it easier for them to talk about their memories.

MDMA stimulates the release of hormones that naturally occur in the human body. So when those hormones flood into the body, people feel feelings of connection and trust and intimacy. Some people describe it as a feeling of love; for example, the same feelings that are related when a woman is nursing a baby or someone is in a post-orgasmic state—a feeling of closeness and intimacy and trust comes from those hormones. In the context of therapy, when people take the MDMA they have all these hormones present in their body. They feel more trusting of the therapist and more comfortable of the therapeutic environment. It’s like being wrapped in a warm security blanket while they’re talking about their emotions. So that’s another way MDMA works: it increases that level of trust and intimacy in the context of therapy.

What are the main obstacles to making psychedelic therapy more acceptable?
Getting approval for the research is no longer the main obstacle. Now, it’s about funding. Because of the stigma, most major funding agencies and private grant agencies that typically fund pharmaceutical development research aren’t willing to provide large sums of money to help develop psychedelics into legal prescription treatment.

Many pharmaceutical companies, es pecially for-profit pharmaceutical companies, spend up to a billion dollars or more trying to develop drugs that are pretty much the same as existing treatments and don’t work for a lot of people. MAPS is a non-profit and so right now, we rely highly on donations. And in addition to donations, another obstacle is the level of willingness people have to talk openly about their experiences. People talking about the beneficial experiences they’ve had with psychedelics can really help shift the conversation. In the war on drugs, the rhetoric is that drugs can only be used for negative purposes or can only be harmful. In fact, we’ve seen a lot of stories of people claiming quite the opposite.